We want to thank all our volunteers and members for their contribution to Scouting, and recognise their achievements.

You can use an award to recognise:

Click here for full information on the Awards that are available.

Long service awards are automatically issued; however all other awards require a nomination to be made.

Remember that formal awards are just one way to say thanks. Get more ideas for thanking volunteers and recognising what they do.

There are a number of Good Service awards available to adults in the Scouting movement.

The thanks badge is the means of expressing the appreciation of the Association to those who are not Members or Associate Members but who have been of service to Scouting and is available through Badge Secretaries. It can be awarded by any leader.

This award can be used by the District, County and National Commissioners to recognise adult and youth members and non-members for their contribution to Scouting. This award carries no criteria and is illustrated by a purple knot. It can be worn in the same location on the uniform as other adult awards to denote it is part of the family of adult awards, even though it is awarded and decided locally.

This award is given in respect of not less than 5 years good service, which stands out.  It should be regarded as the Chief Scout’s recognition of the very real contribution made to the Association by the individual concerned.

The Award for Merit

This award is given for outstanding service of not less than 12 years and 10 years exceptionally.  It implies keen, conscientious, imaginative and dedicated service over a sustained period.

The Bar to the Award for Merit

This may be awarded after a period of not less than five years of further outstanding service.

This is awarded by the Chief Scout, in consultation with the Awards Board to recognise achievement not covered by the criteria for any other awards. It may be accompanied, where appropriate, with a suitable commemorative item.

The following awards can usually only be awarded for St George’s Day, but can be awarded at other times in exceptional circumstances.

This award is not normally awarded until after at least an Award for Merit has been gained and a further five years’ service has been completed. Thus, it is seldom awarded for less than 20 years service, which should be specially distinguished and appreciably better than outstanding.

The Bar to the Silver Acorn

This may be awarded for at least a further 5 years of similarly distinguished service.

Anyone can nominate any adult member or associate member for a Good Service Award, as the awards are progressive there are different methods to nominate someone depending on the previous awards they have been presented and the service they have given.

It is advisable to check that they have met the criteria, and the contact the District Commissioner to discuss the next steps. 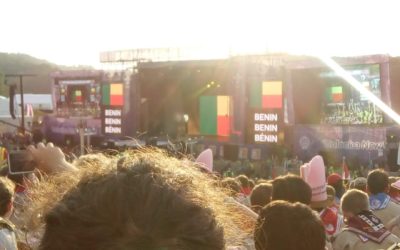 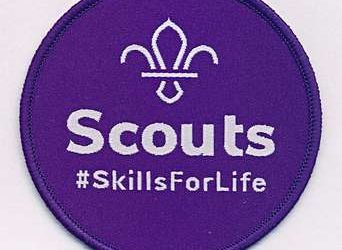 Our Skills For Life Plan 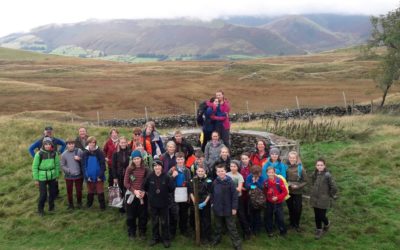 It’s been raining, storming and snowing but we know that the recent bad weather hasn’t stopped any of you. If you want to avoid cabin fever this weekend, check out these challenges to keep things interesting during any walks or hikes you’re planning: https://bit.ly/37J1o13

Don’t wanna leave the house this weekend? We don’t blame you. These activities (in the replies) will help keep your little/not-so-little ones busy (😅) without forcing you to battle the elements ⬇️

Cumbria Scouts looking ahead to a decade of adventure

January is a time for looking both back and forward, of making plans and setting priorities for a new year. The month’s name even comes from the Roman god Janus, whose two faces allowed him to look ...
View on Facebook
·Share

Eden Scouts International Adventure: World Scout Jamboree 21/11/201921/11/2019 DC News, Scouts Two years ago, I joined a group of 80 scouts from across Cumbria to have the chance of a lifetime: to rep...
View on Facebook
·Share

”Scouting exists to actively engage and support young people in their personal development, empowering them to make a positive contribution to society.“

This site uses cookies. Our Privacy Notice describes the categories of personal data we process and for what purposes. We are committed to collecting and using such data fairly and in accordance with the requirements of the General Data Protection Regulations (GDPR). If you consent to their use, continue to use this site. See our Cookie Policy and Privacy Notice